I knew about davidii, most people do
Then I learnt about globosa, seen less frequently
Recently I learnt about weyeriana, which I had assumed to be globosa, turns out its a cross.
What I hadnt realised is exactly how many species of Buddlija (or Buddleia or any of the spellings you learnt!) there actually are until I tried to find an ident on this chap 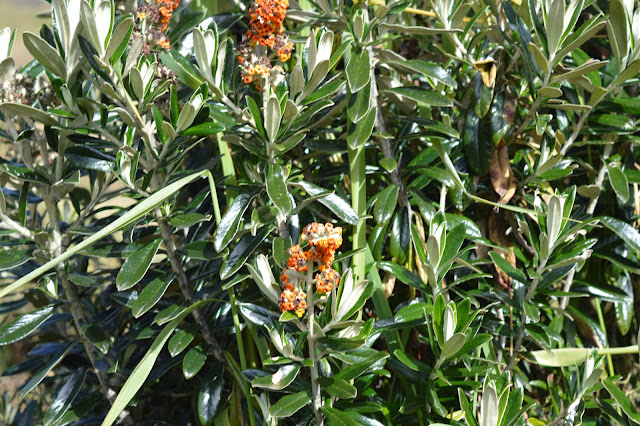 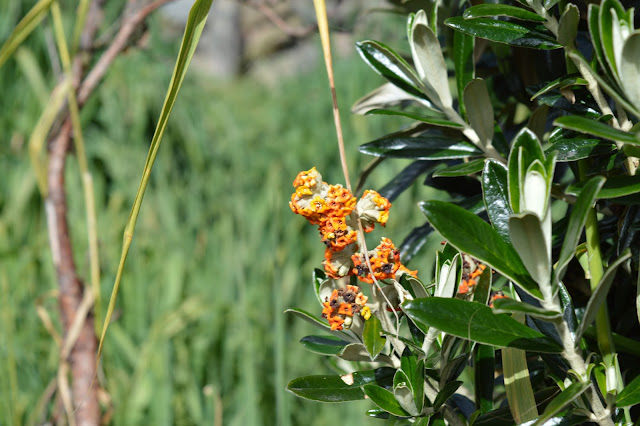 It was found in the most bizzare of settings, we hadnt seen anything other than alpines since the day before. The altitude was such that even the hardyiest of shrubbery had given up about a 100 Metres below us. We were walking up to our last mountain pass of my Peru trek and had reached around 3400 Metres or so. There was a small group of huts with a circular drystone wall off to one side, investigation showed it was being used to grow crops such as Maize and Brassicas mainly and off to one side there was this shrub.
In the pic below the settlement can be seen off to the bottom right 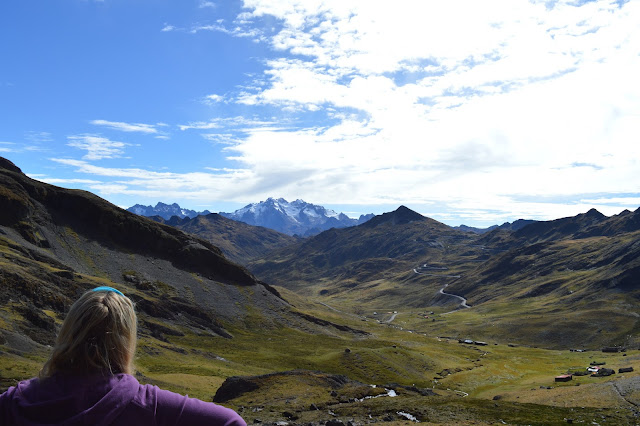 I remember thinking as I took the pic of it that maybe it was a Buddleja or even viburnum? Then a ridiculously busy couple of months of travelling, visiting gardens & people & life in general ensued before I could revist my Peru snaps and rediscover it.
Today I tweeted the pics looking for a positive ID & some clever folks said Buddleja, one chap has kindly put me onto a contact who may be able to help, I thought I'd have a quick look myself. After all there cant be that many options....
Turns out theres a few more than I expected... 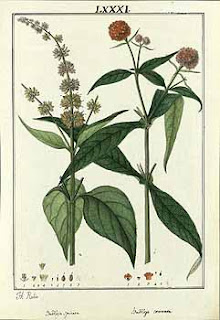 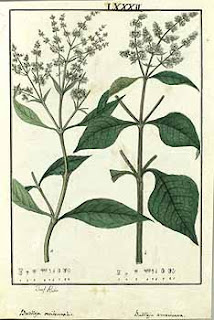 Picture credits for above to plant illustrations.org

So how many are we actually talking about here?

I had honestly thought 20 or 30, tops!
So I search "high altitude Buddleja"
I get this from Wikipedia
Buddleja loricata is a hardy evergreen shrub endemic to South Africa and Mozambique, where it grows on mountain slopes at elevations above 1,800 m. The shrub has only recently been introduced to cultivation in Europe.
Its definately not this...

Ok so how many in Peru, thats assuming its a native species?
Turns out there are 61 species that are classed as native to North and South America....oh...
Well globosa is a native but the leaves are all wrong plus the flower although roundish is a far brighter orange than any globosa I know of, they tend to be on the yellow side.
Theres an amazing one called Buddleja speciosissima which had I seen it I would never have suspected was a Buddleja!
So considering the flower is round(ish) whats within the Globosae series

First we have Buddleja araucana. Up until 2 minutes ago I would have assumed this was globosa, this is one of the reasons I like writing this blog I learn stuff in the process! Apparently they are easily confused and I'm now questioning my ident on every single globosa I've ever seen... Or thought I've seen...
Also known as Buddleja napii, it was introduced to England in 1925, by Harold Comber, as a form of globosa (which makes me feel slightly better). The major difference between the 2 is leaf size, globosa larger, and the leaves of globosa are less hairy. Also flower size, globosa tend to be larger. Not a huge help when viewed seperately but neither is a contender for our mystery plant, so onwards!

Our next possible contender is....

Buddleja aromatica,  this is a tough one, there is very little information on the web and no (that I can find) pictures. Theres a challenge if anyone wants to take it!
Syn's are B. andina, B. monocephela or B. tiraquiensis.
Apparently the only known specimen held in the UK died but even despite this sketchy information I can rule this one out completely. Why? It has white flowers, how very considerate.

Next in the globosae series is....
Buddleja cordobensis, again not a lot of web based info on this suspect! There is a real gap in our knowledge here. If anyone wants to sponsor me to go find examples etc. I'd be up for the challenge... just saying...
So what is known?
First described in 1874 by August Grisebach there are no known examples growing in the UK. Its habitat is described as the dry hillsides of Argentina (around 700 to 1,500 M). Its thought to be closely related to B. aromatica & B.araucana
Due to its native location and the altitude it has been found at I'm going relatively confidently rule this one out.... notice the qualifier "relatively"...
Also, theres this...
It kind of makes your mind up when you see an actual picture....

The last contender we've already mentioned and ruled out which is globosa itself.

So what of the other series?
Thrysoides - are mainly endemic to Brazil, some very rare.
Oblongae - consists of one plant, Buddleja oblonga, which is also native to Brazilian wetlands, unlikely just by habitat alone.
Stachyoides - cestriflora is rare and confined to Brazil.  B. grandiflora ruled out due to location and flower colour (yellow). B. hatsbatchii, longiflora speciosissima & misionum out due to rarity and location. Buddleja stachyoides could have been a contender but the pictures and description ruled it out. Buddleja tubiflora looks all wrong.
Anchoenses - another series with one member, Buddleja anchoensis, is all wrong, wrong flower, wrong leaf etc...

This list could become a real bore if I was to go through every one of the next 50 or so plants and trust me I did!
Glomeratae has 7 members
Brachiatae has 7 members
Lanatae has a frugal 4
Scordiodesis even smaller with just 2

None of which fit the bill for my unknown variety!


Buddleja (= Leeuwenberg’s Section: Buddleja) has 3 members...
On reading this I wondered who exactly Leeuwenberg was, im sure your'e thinking the same.... or maybe its just me? Anyway I went and found out. Turns out he is a botanist who is responsible for doing a lot of work on the classification of Buddlija's amongst other plants. Anthonius Josephus Maria "Toon" Leeuwenberg so far as I can asertain is one of those rare botanist chaps who didnt die a hundred years ago, the last reference I can find to him dates to 2010 so its entirely possible he's still alive and kicking... somewhere...

and so we reach the catagory that showed some promise as far as my mystery Buddlija! (which is fortunate as its the last catagory in our native South American series)
Cordatae - a Latin adjective meaning heart-shaped
Buddleja bullata although ticking the elevation and location boxes falls down on the flower colour description and leaf shape.

Buddleja cardanesii I couldnt find a picture for this but by going just on its description can be ruled out. Although the elevation makes it a possible the location, Cochabamba in Bolivia, rules it out. Everything else makes it a contender though. Also it has a few close cousins, which may later prove when DNA testing gets round to it, to be seperated just by location and a small difference in leaf shape. B. soratae &  B. multiceps
The above image is of B. multiceps and was collected in Peru, based on this I doubt its our contender.

This leaves us with B.incana, B.montana and B.vexansI shall let you decide if you think they are worthy of further consideration because i prefer the one below as the favourite..

So we come to what i think is our strongest contender!
Saving the best till last I bring you Buddleja coriacea

If you can help in any way naming my example I would be delighted to hear from you!
If you'd like to send me on a field trip to gather more data on this much understudied Genus i'd be over the moon! What? Well if you dont ask you don't get *Huge Grin*
I hope this has at least been interesting and opened your eyes to the massive diversity within this Genus, it certainly has mine. Thanks for taking the time to read.

And most useful on this occasion...
buddlejagarden.co.uk
Posted by lou nicholls at 13:05