Peru or bust for Marie Curie and for Mum

Forgive the departure from my usual plant based blogs and please take a moment to read my story of how im raising money for an amazing charity, Marie Curie, and why....

This idea started in August 2010, my Mum and I sat on her bed making plans for the future. A future that sadly didnt happen, you see Mum had Ovarian Cancer, she had first started showing signs of it in August of 2008, saying she felt bloated, had stomach ache. She never really complained it just wasn't her style so we encouraged her to go to the docs.

She was at first told it was "her age" 67 at the time. Then crohn's disease, she was given a diagnosis of Diverticular just before I left Garden Organic. I remember buying her 2 books on the subject which recommended diets etc. that would be helpful, thinking id post them when i got back off holiday. I never did, ive still got them.
Anyway, I started my new job, incredibly self involved & focused on what I was doing, as we all get sometimes, I hadnt realised mums normal pattern of phonecalls and texts had ceased. Until one morning my Dad called me. Mum had been rushed into hospital and they were operating on her. He didnt know if she would get through it. Her weight had dropped from around 10 stone at xmas to just 5 1/2, it was May 2009.
She got through it, by the time I arrived in Durham she was awake and we could see her. The sight of all those tubes and banks of monitors is one that i'll never forget, seeing this strong, bubbly lady a tiny shell of herself in that bed.


Anyway, she fought every step of the way, got through chemo, adjusted to a new way of life and we celebrated xmas 2009 together. She wasnt losing but she wasnt winning either and in July of 2010 she started a second round of Chemo. I couldn't (and if im honest still can't) believe she wouldn't win. She would always say "Theres no such word as can't" she would push me to follow my dreams, to never limit myself. I just couldn't prepare myself for her not being able to win this battle.

She was one of the reasons i became a gardener, she instilled my love of horticulture, of plants. She taught me so much, i used the Latin names before the common names because thats what i was taught from an early age. She gave us our own patch in the garden where we grew veg and raised plants from seed. She was a flower arranger, she won competitions just as a hobby, she was SO much more than just my Mum though.
She raised money for charity, volunteered at a hospice, formed a splinter group of the W.I. She had a huge social circle who she kept in contact with and who loved her dearly. She was the person in our family who made sure that spread out as we were we never lost contact. She worked at Warden Hill Junior School in Luton for as many years as i can remember till she retired, she remembered almost every child she came into contact with during that time, their mums, who they were friends with and not. She loved people and it shone through in everything she did.
She was an amazing Mum to have and for that I will always be grateful and for the people who made it possible for us to have her at home in those last few weeks its time for me to say thank you in the best way I possibly can. By raising the cash to make it possible for other families to have that same luxury.

This is how it all came about at the end of August 2010, mum loved travelling, a late starter her first trip abroad was to Australia. She had climbed glaciers, sailed up fjords, sat in the sun drinking Madera wine and been up volcanoes. In 10 years she went to more places than most people see in a lifetime! We sat there making plans on where we would go when she was better. One that we both kept coming back to as we both had a love of ancient ruins was Machu picchu, she knew how ill she was but she also knew i hadn't accepted it at this point so she humoured me. She made me promise to go and send her back all the photo's, to tell her all about it. I tried to persuade her that we would do it together, that she would be well enough to do the trek, even if she wasnt that there were other ways it could be done.
Anyway, the promise was made. Less than 2 weeks later she was gone.

6 years passed, I often thought of the promise id made but as life often goes the time never seemed right. In between I visited Nepal, my first trip abroad. Then Barcelona, then Rhodes.


Then things changed in my life and i didnt go anywhere for a while, until the week of my birthday in 2015. I was scrolling Facebook and there was an advert for Marie Curie. Trek to Machu Picchu and raise money for them. Honestly it felt like a sign, so i checked it out, i had some savings, enough to pay for the registration and other costs involved and in one of my amazing leap before I look moments id commited myself to raising £3750.00 on behalf of Marie Curie. I figured, how hard could it be?
I had no idea!
Cue a small montage....

My first attempt was giving a tour of my work place at the time with the kind help of Quentin Stark, the Head Gardener of Hole park, to the All Horts group. A suggested donation of a fiver to include Tea/Coffee & homemade (by my fair hands) cakes went down a treat and i was honoured that so many made the trek down to deepest darkest Kent. Most people actually donated more than a fiver (some, mentioning no names, forgot totally... ahem) which was amazing! 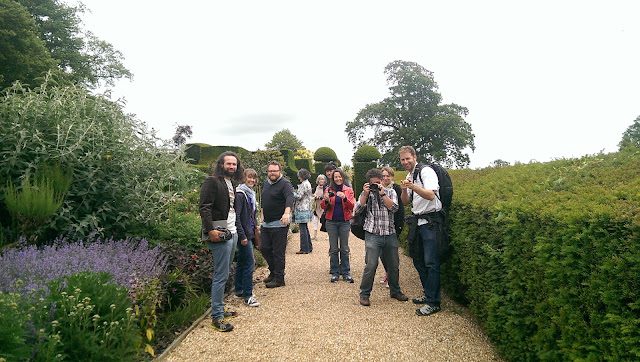 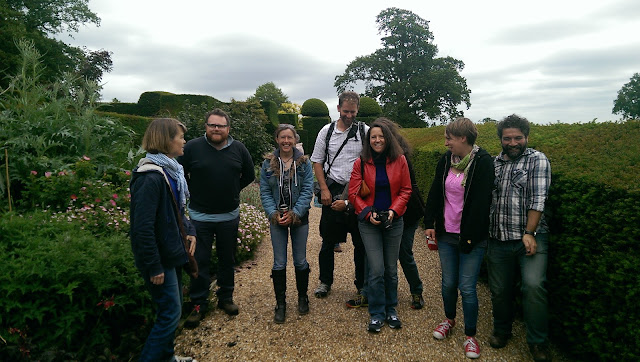 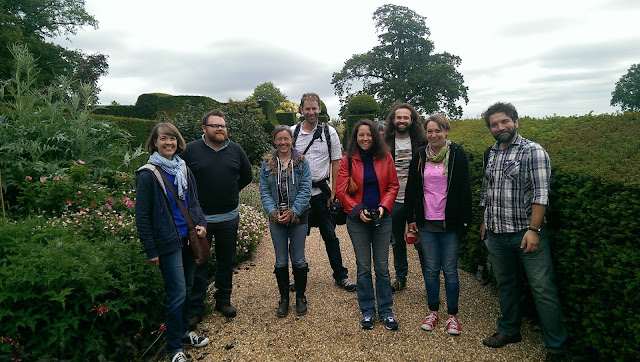 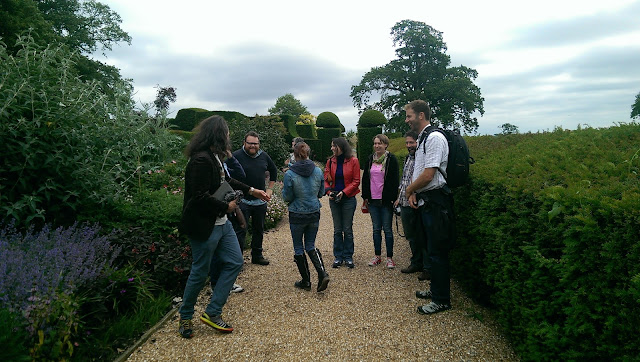 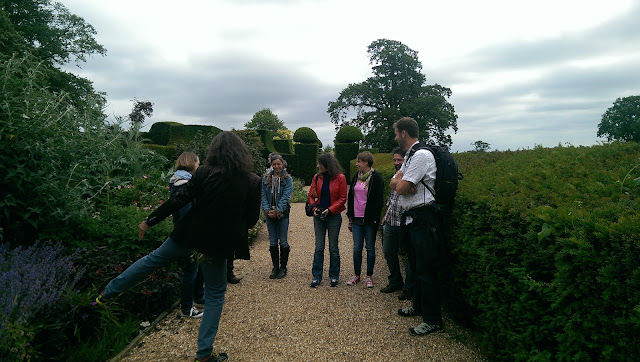 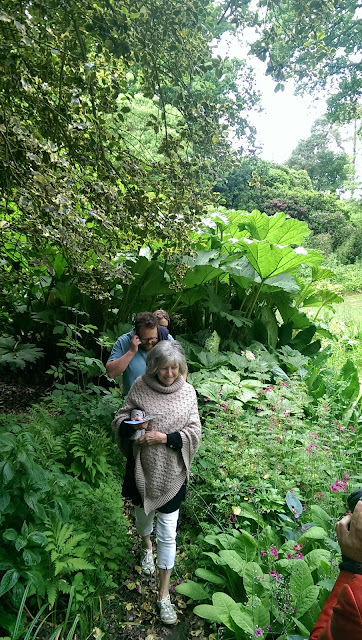 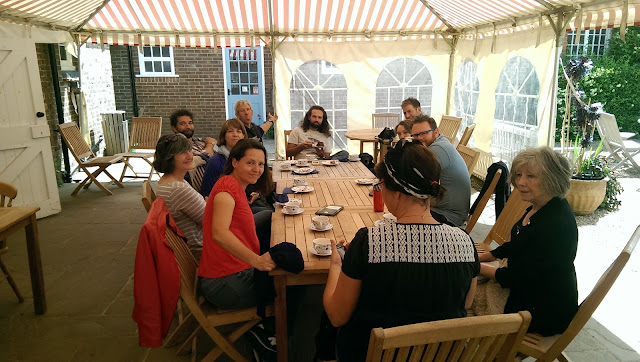 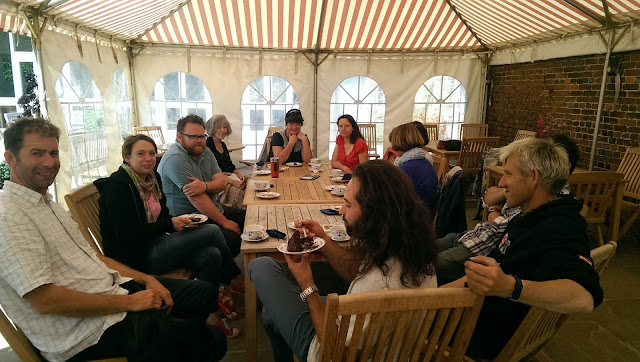 Then i bludgeoned my workmates repeatedly by selling them slices of homemade cake.... at a £1.00 for a large slice of "Death by Chocolate" they did willingly hand over cash though, very generous and appreciated! 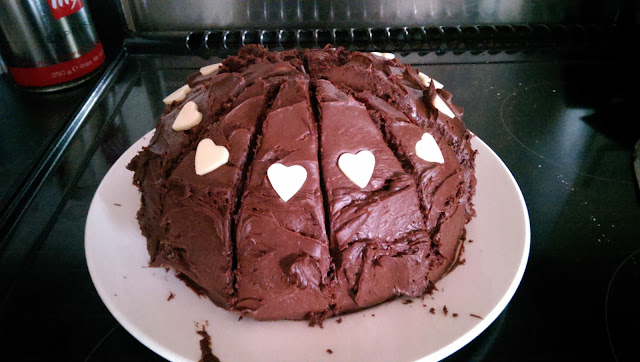 I have some amazingly generous friends too who have supported me so much emotionally and practically on this venture. One couple in particular have auctioned concert tickets, baked and sold cakes and helped me enormously in fundraising and fully deserve their names in print and thats Nicole & Adam, you guys are awesome! Also Jo, Pete, Chris, jim for repeated donations and being a cheerleader squad, andy & nat for finding some amazing walks and so many people who have helped by donating massive amounts and helped get the word out by either retweeting or sharing posts on Facebook etc, Thank you all!

In March i also recevied permits and official gear to go and shake my money maker on the street legally, so i grabbed the chance to dress as a daffodil and did so repeatedly! 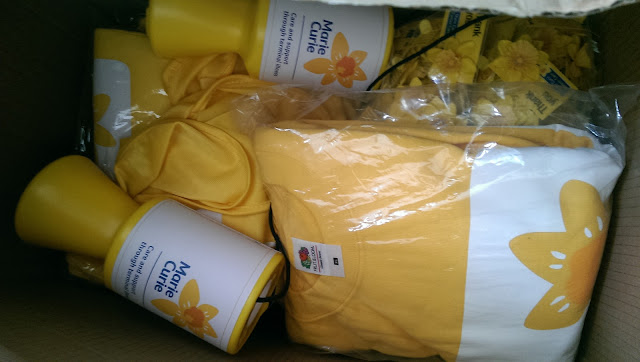 I also started training myself up, i consider myself to be reasonably fit but i decided to actually push myself further, starting with how many cigarettes i smoke. The ultimate aim is to give up completely but i have managed to drop from over 20 a day to at worst around 10 a day, most days about 6 or 7 and a few notably awesome days 5 or under. For someone who has smoked for 28 years im kinda happy with that. Of course im still trying to stop completely, and i will, but im not beating myself up about not being there yet!
I also started walking some more challenging walks, the steps at Cliveden NT providing one of my challenges (twice!) and also some fun stuff....

Not to mention all the miles walked around gardens, along canals etc. or lengths swum in swimming pools!

At this point what seemed like an impossible task, which i was beginning to doubt i could achieve, suddenly became much more doable as the total jumped from here.... 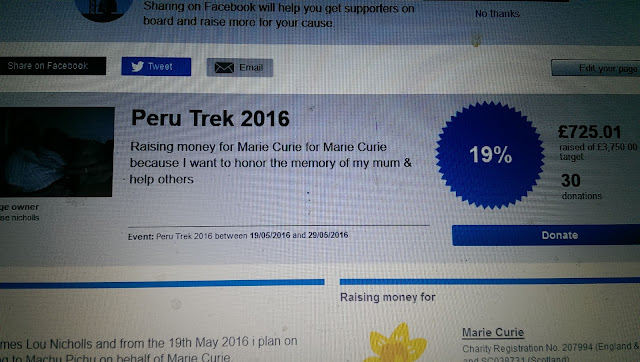 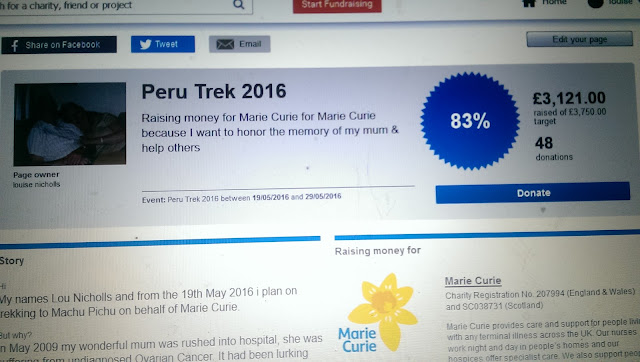 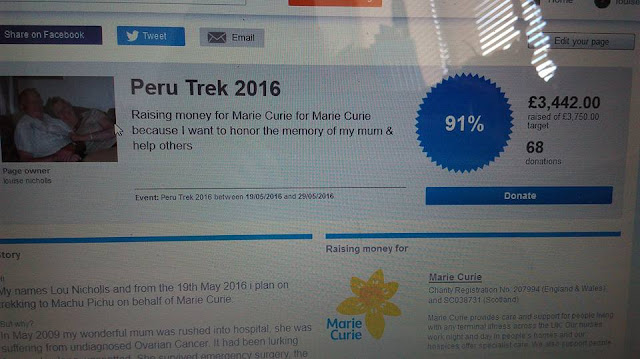 You did this! All you wonderful people who gave whatever you could afford, you have made it possible for a family stay together at one of the hardest moments they will ever face. Thank you!
Now just £308.00 short of the final target im going to ask once more if you can help. Please if you havent already, please even if its just a pound take a moment to click on this link below
justgiving.com LouNicholls2015
and make a families wish to keep their loved one safe at home come true
or
Via your mobile phone!
Text GRLN99 £5 (or whatever amount you can spare) to 70070

In return i will try my best to make you and mum proud by walking tall along the Inca trail, climbing to over 4000ft, taking pictures all the way. I cant send them to mum anymore or tell her the story of how it went but i can tell you!

I'll leave you with some pics of how i like to remember my mum a wonderful wife, mother & friend. This is who we are doing this for, thank you X 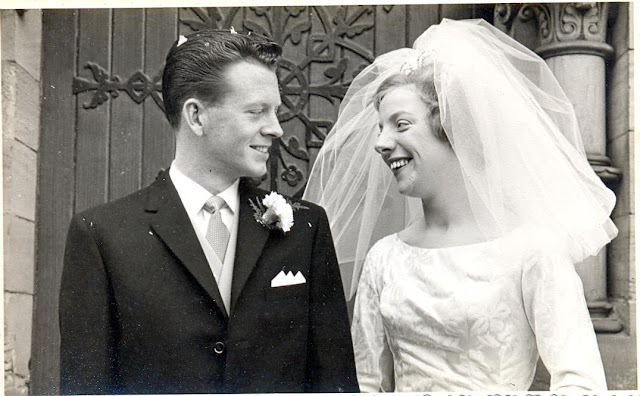 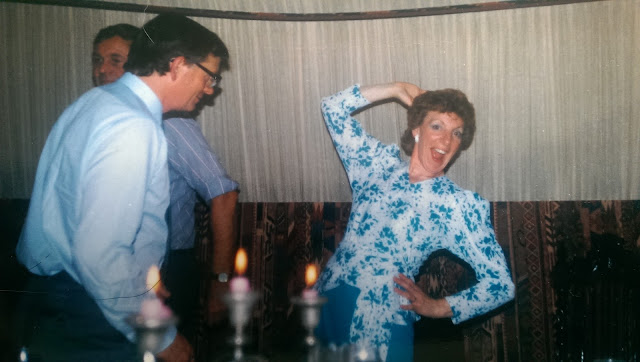 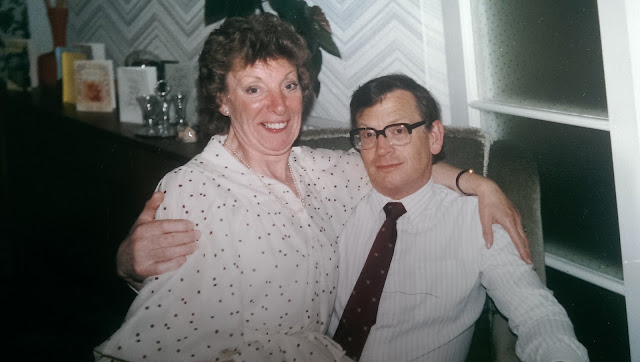 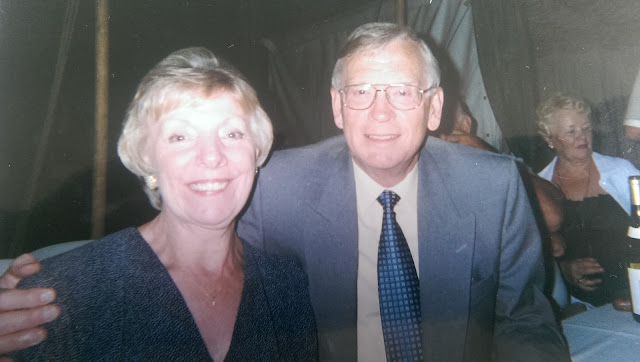 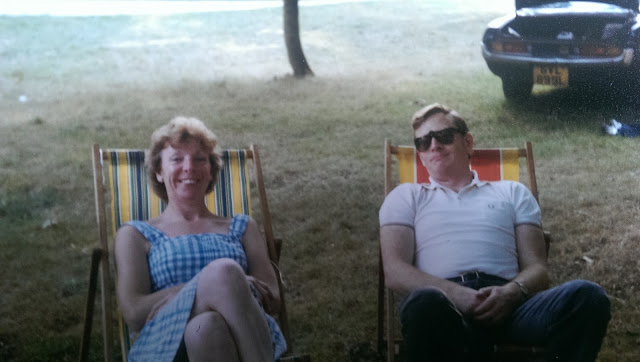 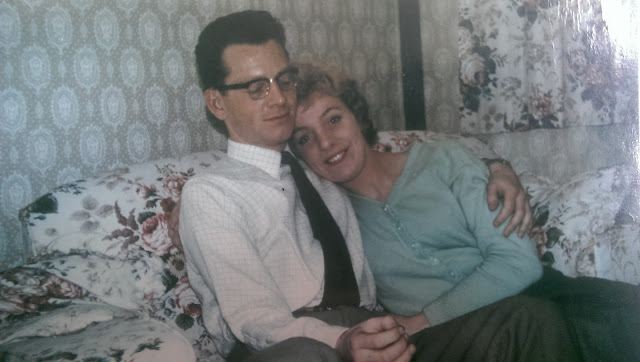 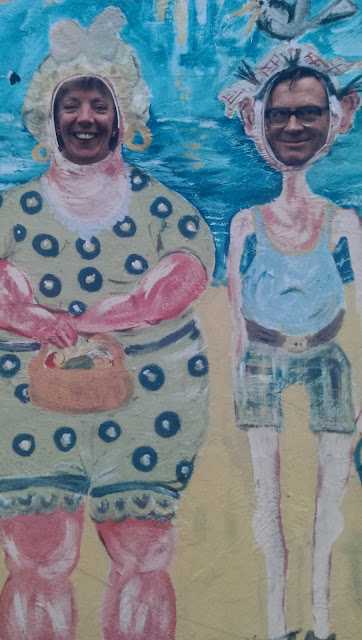 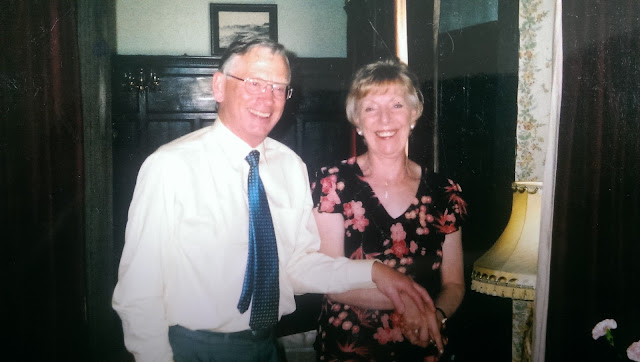 Posted by lou nicholls at 18:21 No comments: