Equitantes alta equum meum OR why I think botanical nomenclature IS important!

WARNING
This post *may get a little ranty....
*will

I can often be found riding my high horse about this one, I admit it drives me nuts when people say
"oh but we dont really need it"
"It makes it less accessible to beginners"
"Its plant snobbery"

ITS NOT!
ITS IMPORTANT!
ITS THERE FOR A REASON!
ok, and breathe.....

Firstly, you ALL already know loads of Latin names for plants.... what?
You think you dont?... Hold on....
Aster
Delphinium
Petunia
Geranium
Hosta
Buddleja
Acer
Hydrangea
Viburnum
Dahlia
Wisteria
Laburnum
Hyacinth
and these are just a few of the ones we use on a daily basis.


BOTANICAL NOMENCLATURE IS IMPORTANT!
It stops confusion....
A perfect example occurred within my hearing only the other day

This whole conversation could have been shortened by using the correct name of Buxus, no confusion!

Another example, Bluebells VS Harebells
I rest my case.... you need more?
confused?

If you ordered a thousand "bluebells" to create your traditional English woodland and Campanulas turned up youd be pretty gutted, youd also have the start of a lovely wildflower meadow... but not a woodland....
Equally if you got "Spanish Bluebells" you may be a bit peeved, yes they are a bulb of the correct family but its not an English Bluebell and with its propensity to cross with our native its not what you really want to be growing.
When ordering youd want to be sure you weren't getting Hyacinthoides hispanica (see further on for why that second part of the name bears relevance) which is the Spanish Bluebell.
Hyacinthoides hispanica

I could go on with examples of confusion of Local names VS Botanical names but im thinking you've got the point.

BOTANICAL NOMENCLATURE IS IMPORTANT!
why?
So not only does it facilitate one gardener talking to another in the same language it also means we can talk to other gardeners all over the world and we all know what plant were talking about regardless of our mother tounge. With the rise of social media these days its more important than ever!
As an English person by birth i realise how as a nation we are incredibly arrogant when it comes to languages. We wander across the world barely trying, in most cases, to even learn the basics. Im the most guilty when it comes to this, grasping different languages is not my strong subject but i will always try!
At the moment i work closely with a Hungarian & 2 Polish people whos grasp of English is phenomenal to me, in the past ive worked with French, German & Spanish to name a few nationalities, all of whom spoke fluent English. Me? I can just about order a beer in French and ask the way to Jim Morrisons grave (although i cant understand the answer) but due to the wonders of botanical nomenclature when i say to them Ophiopogon planiscapus nigrescens we ALL know i mean the little black leafed plant that looks like grass.

Linnaeus was Swedish by birth, first published his work in the Netherlands, travelled the known world but chose to use Latin as the basis for Nomenclature (Systema Naturae) to subdivide the flora of the world. Ok, he didnt always get things right, as the fact we are now reclassifying hundreds of plants almost daily testifies, but then he wasnt able to do DNA testing to prove his theories. He was still pretty fly for a 1700's guy.


BOTANICAL NOMENCLATURE IS IMPORTANT!
Why?
Because it tells you about the plant, its appearance, where it grows, its country of origin (see reference to Spanish Bluebells), it gives you information. It gives you knowledge, what does knowledge give you? Power.... ok that sounds a bit sinister.... but how could this help you?

A certain famous plant chap has brought out his own range of "rare" seeds and charges quite a nice fee for them.... but are they that rare?
Simply put, no, theyre just called names you may not be familiar with. Local names, not botanical ones (this has me screaming when i see it, literally screaming!)
For example for 38 "Callaloo" seeds you will be paying the princely sum of £2.48... ok.
Callaloo is NOT a plant, its the name of a dish of food traditionally made with.... (Drumroll)....Amaranthus....
If you search for Amaranthus seeds FROM THE SAME SITE!!! You can buy between 450 - 1400 seeds paying ONLY  £1.75 - £1.99
ok.... i need to breathe....
*takes a moment*
I mean fair play to him, whoever is in charge of his marketing is a genius, seriously, genius.
Its like printing money because nobody questions it.

What can it tell you about the plant though? Well youve got a couple of ways of finding out, first you can learn latin, study for years, maybe even take a degree in a "dead" language.... do you think thats what i did?
This IS a trick question, im useless at languages, remember!
This is the thing with Botanical Latin though, its not Latin as in the spoken language. Theres no reason to learn all the complicated rules of grammar, syntax etc.... although you can.
So your other options?
Well, if English (or French, German, Italian obvs. to name some european languages this applies to) is your mother tounge youre already at an advantage. No, dont look puzzled. Thanks to the Romans.....wait!

"All right, but apart from the sanitation, the medicine, education, wine, public order, irrigation, roads, the fresh-water system, and public health, what have the Romans ever done for us?"

They gave us words such as hirstute/hairy, flora/flowers, fauna/beasts, fetid/unpleasant smell.... i could go on... the spellings may have changed slightly from the latin but the root of the word, the essence is the same!
You already know Latin!

Botanical nomenclature also uses words which the Romans didnt give us, for example Australis (Im pretty sure the Romans didnt know about Australia) and although this doesnt specifically mean native to Australia, it refers to plants of the southern hemisphere, specifically antipodean in nature but im sure you couldve guessed that, right.
It tells us who discovered the plant, its historically important!
I mentioned Marianne North in my last blog, amazing woman, named in her honour she has plants including Areca northiana, Crinum northianum, Kniphofia northiana, Nepenthes northiana, and the genus name Northia. She is immortalised in this way, a rare honour for any woman in science!

There are books all about the Latin names and meanings, i have 2 myself. Which if youre a bit geeky, like me and enjoy reading just for the sake of learning, id recommend. 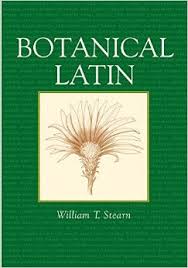 You dont even need them though now, with the wonders of the internet and smart phones, tablets, laptops etc. youre only a click away from the Knowledge!

I googled "latin plant names meaning" and the first links back were these...
directory of Botanical latin names
botanical latin dictionary

Ive had people say to me when ive used Latin names in the past that im just trying to make myself look good, no, i call it that because thats its name.
(and also i dont need to try, i just am.... kidding!)
You may have a nickname for your friend but you wouldnt introduce them to a stranger by that name, well, most wouldnt.
Its not about being a snob or priviledge, its about facts and science.
It upsets me when i see people supporting this image of only the wealthy enjoying plants and feeling able? inclined? to learn the correct names for them. Not only is it simply untrue, its such a 19th century view of the world we live in now. A world that is fast paced and ever changing. To take a view such as this, to me, implies a rigidity of thinking that is not so much self serving as self diminishing. A closed perspective, an "us & them". It no longer exists, my family are from modest backgrounds, my dads, dad was a cowherd. My mums dad was a painter and decorator. My whole family though has always enjoyed gardening for a hobby and to a certain extent, in the war, a way of feeding their family.
We've never been rich or well off, comfortable i guess would be the appropriate word. I was brought up in Luton, a place not exactly well know for its levels of priviledge and education.
I was the first person in my direct family to go to University, I studied a very practical course that included Silversmithing, Gemology & Horology. Even then Latin helped me. The periodic table is full of it.
Latin for Gold? Aurum
On the periodic table? Au
For gardeners? aurea = golden, yellow
In English we can say "someone has an aura about them" which can in the loosest terms mean they have a glow, a golden glow?
You see the theme, right?
I guess you could argue that i am being rigid by adhering to Latin names, perhaps I am but until someone invents a better universal system I shall carry on.

Please dont shy away from Botanical Latin, its not scary, its so useful. It will stop clever marketing from ripping you off, stop you from putting the wrong plant in the wrong place & help you care for the ones you have. It opens up a world of history to you and now as they update the nomenclature encourages you to be flexible, shows you the true evolution of the world around you. Its a wonderful thing, embrace it!

To finish id like to stop ranting (please!) and instead give you the lighter side of Latin, someone has sat and put these pun'tastic names into one place. I love them, theyre a genius.
Without Latin none of this would be possible, enjoy!

One final point, some plants dont have common names, theyve never had sufficient human interaction to gain them or theyre newly discovered. Another reason for using the correct nomenclature.

You remember i said most people wouldnt introduce you to their friends by their nicknames? Im not most people *winks* meet Monkey, discovering a tree with her nickname.... 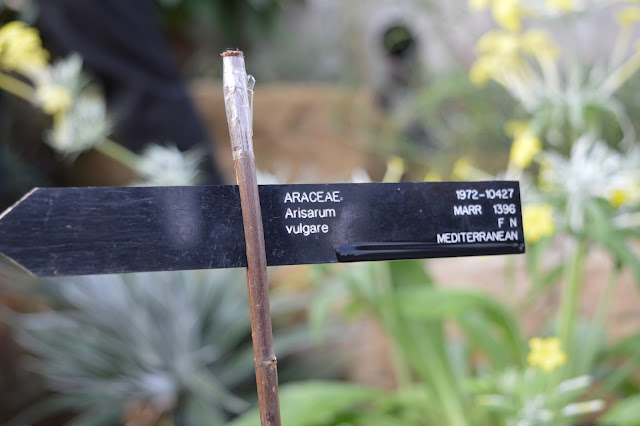 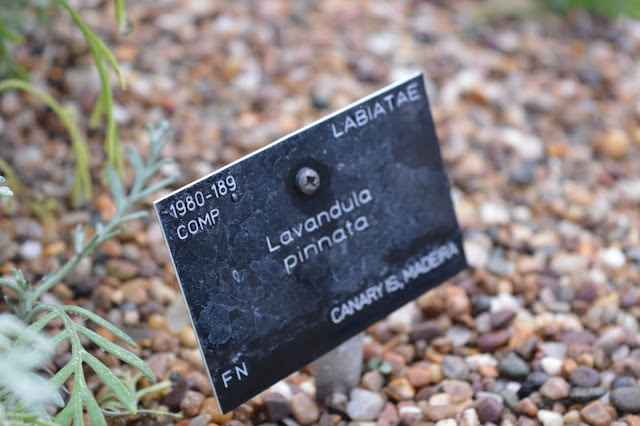 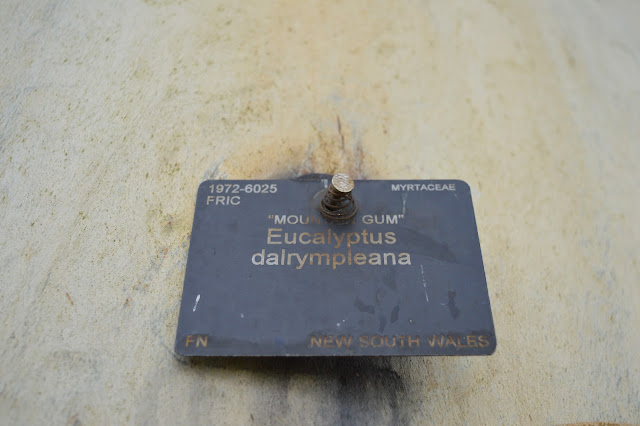 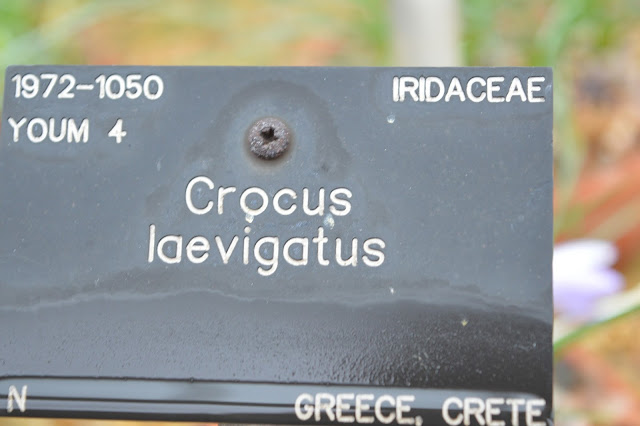 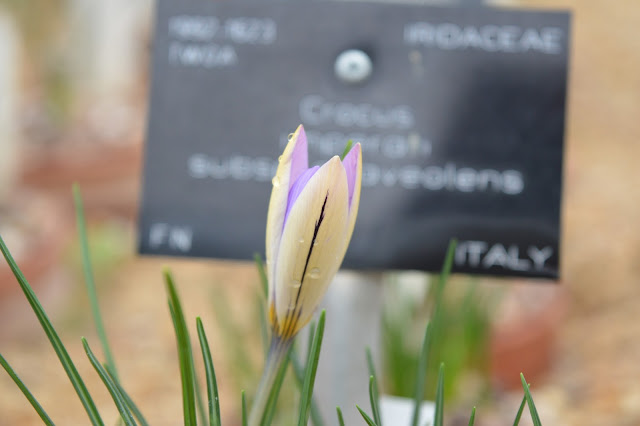 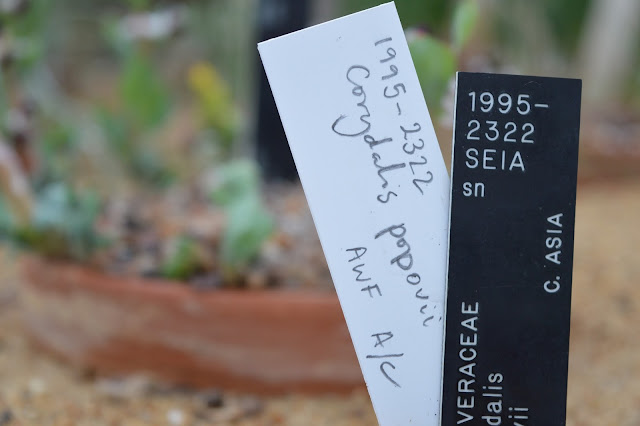